A MRP is the smallest set of features that must be developed before a release can be deployed into production. To count as being "deployed to production" the system must be used by at least one user set to perform real tasks within a particular workflow or set of operations.

MRP is similar but not identical to Minimal Marketable Feature (MMF) as defined in the book Software by Numbers. The primary difference is that while MMF focuses on maximizing the creation of business value over time, MRP is also focused on deployment strategy and feedback. On a meta level the difference between MRP and MMF is in the definition of business value. MMF focuses on the value of developed functionality while MRP takes a broader view and includes the value of early feedback and risk reduction. By reducing the risk of failure, MRP helps assure that real business value is delivered.

A project that is able to release every three months or more often can prioritize solely based on business value. In practice though, many projects find it difficult to release every three months. This is especially true for the first release and even more so for Replacement projects. The Patterns described in this wiki help reduce the length of a release but they do so by reducing the business value of the release. This is the core trade-off that can be very difficult to handle. 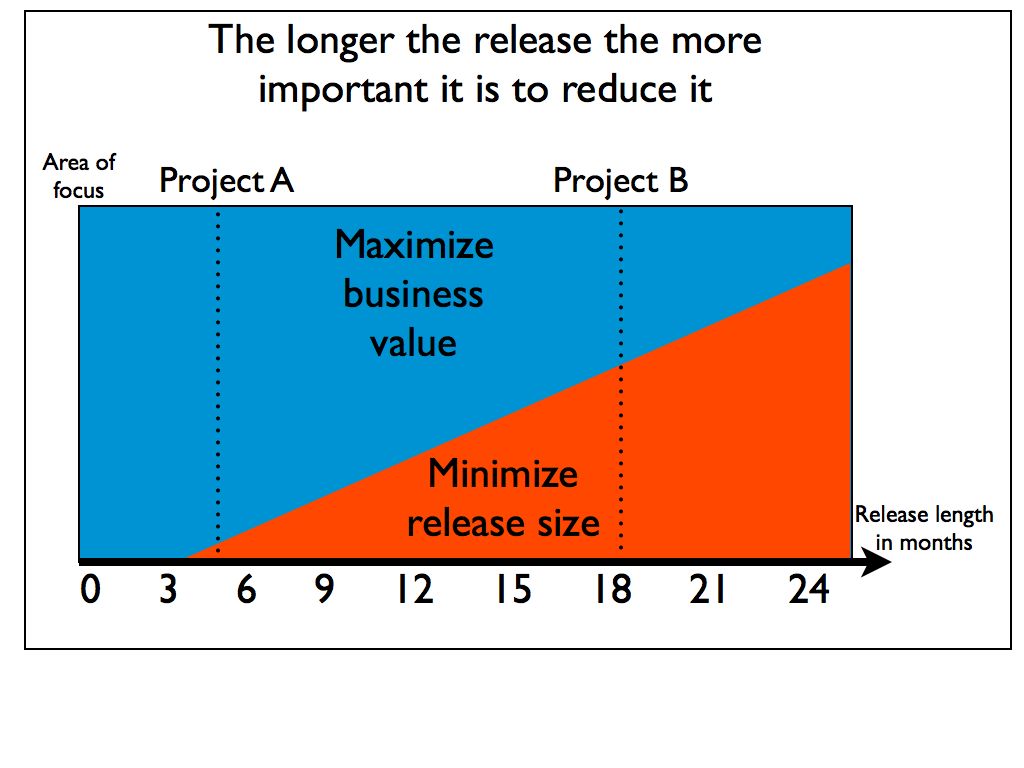