Skip to end of sidebar

Good blog-post on an old-trick:

If you take pretty much any existing application, add another machine into the network, and watch what happens, you wouldn't be surprised that nothing much would happen at all. 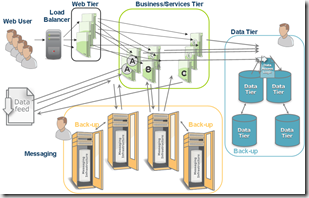 Today's applications aren't able to dynamically take advantage of new computing resources that become available. That's also true for cloud based environments like EC2 - the fact that you can now add machines easily is nice, but it doesn't mean that the application can do anything with it. What is missing is a layer that helps the application take advantage of these new resources dynamically, as they are being added to the system. This is where middleware virtualization comes to the rescue.